To mark Young Carers Awareness Day, I recently blogged about the need to identify and do more for the many thousands of young carers in this country – and by young carers I was referring to children and young people who often take on the practical and emotional caring responsibilities normally expected of adults.

Our concern, of course, is for carers of all ages – and it’s why I return to the subject now. As a society, expressing our debt of gratitude is simply not enough. Carers’ services need to be high-quality and accessible. More than that, these lynchpins of the health and care system need encouragement to seek support for their own health and wellbeing - not just for the friends or family members they look after – and we must be explicit about that. 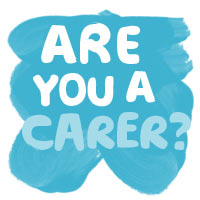 This department has recently launched a new engagement exercise ‘How can we improve support for carers?’ designed to build an accurate and meaningful picture of the needs and aspirations of all unpaid carers and the kinds of support that can really make a difference for them.

We are seeking the views, not just of carers themselves, but of social care and NHS professionals, voluntary organisations, social enterprises, charities, schools, colleges and employers. The information gathered will be used to inform a new, long term Carers Strategy, one which sets out a vision of how we can make society more conducive to caring – helping them protect their own health and wellbeing, not just the objects of their compassion and love.

So why do we need a new Carers Strategy? There are many compelling reasons. Caring is something that affects all of us - it’s estimated there is a better than evens chance that any one of us will take on a caring role for a parent or other relative at some point in our lives.

There are practical and economic considerations also. Without the ‘unofficial’ support of carers, the NHS – and the wider social care system - would find it almost impossible to cope. I’ve spoken before about the economic and social assets we risk wasting if we continue to assume certain demographics are unable to make effective contributions to society. By one estimate, if all hours of care were replaced by the state at market rates it would cost the economy £132bn.

So, what kind of questions are we asking to help make sure carers’ huge societal benefit is supported and rewarded?

It should be emphasised, this desire and imperative to better support unpaid carers has not appeared out of the blue. Since 2008, the current National Carers’ Strategy, ‘Carers at the heart of 21st century families and communities’ has set the direction for Government policy. This was updated in 2010 and the current Action Plan covers 2014-2016, reaffirming our commitment to the strategy, updating on progress, and setting out next steps. Both the Five Year Forward View and new NHS Mandate commits NHS England to identifying carers, telling them about support and builds on the new rights created by the Care Act.

We will continue working with local authorities and other partners to support implementation of the Care Act and understand how it is affecting practice – it includes sweeping new rights that put carers on an equal footing to those they care for, with stand-alone rights to assessment and support to meet eligible needs. A core element of the new strategy will be building on this to ensure the vision of the Act is realised. This includes stocktakes of local authorities on impact and work to expand a library of best practice for carer support called ‘Effective and efficient interventions for carers’.

We also want to build the evidence base for supporting working carers. Nine local authority pilot sites, overseen and supported by the Social Care Institute for Excellence (SCIE), are already exploring various forms of employer, technological and voluntary sector support that can help carers maintain employment. These sites are joint-funded by DH, GEO and DWP – and it’s the kind of cross-Government approach we’ll need to maintain if the Carers Strategy is to be truly influential in terms of people’s lived experiences.

Finally, this consultation exercise is not a solitary endeavour. We’re working in tandem with the Carers Trust, Carers UK, other government departments and arms-length bodies to develop future policies to support carers.

So, be part of this conversation – the outcome could and should benefit all of us at some point in our lives. It would be good to hear as many voices as possible at this early stage in the process. 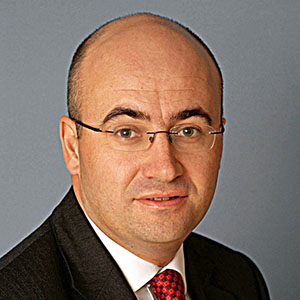 This blog is no longer being updated